Redevelopment of an Existing Building & Site

In pursuit of a goal to create an inviting, civic presence with a more recognizable identity for the agency.

Growing beyond the bounds of its existing facilities, Skagit Transit, a 138-vehicle agency based in Burlington, WA, realized a need for deliberate direction toward a long-term solution.  Issues faced included a lack of space, a disjointed workforce, and a lease agreement nearing termination at its current facility.  Several site alternatives were assessed by the agency for the ability to consolidate all office functions, repair shops and vehicle parking. A former distribution and warehouse facility was identified as suitable for a new Maintenance, Operations, and Administration (MOA) base, and in 2017, the agency purchased a 69,000 SF pre-engineered metal warehouse and adjacent parcel of land. Soon after, TCF was selected to lead a comprehensive planning process to confirm that all desired functions could be appropriately accommodated. Following an early predesign and master plan assessment, design for upgrade and adaptation of the building and site began.

The concept of unity is the project’s driving inspiration. The goal is to increase cohesiveness amongst staff by creating large open gathering spaces and paths of clear, direct circulation. The existing warehouse, while largely maintaining its simple form, will undergo modification to achieve envelope and systems upgrade. As part of this, the use of color, definition of space, and increased fenestration are being employed as strategies to establish an inviting, civic presence with a stronger, more recognizable identity for the agency.

The modified design also strives to connect with the public. In contrast to building and site’s magnitude upon approach, a new main entry features a low canopy and thoughtful landscaping to provide shelter and human scale. Inside, strategic placement of translucent walls will define spaces and invite daylight deep into the building. An inviting lobby, reception space, and large conference room used primarily for board meetings, will be available for public use. These and other simple-but-dynamic program and design features will enliven large spaces, define various Transit functions, and enhance occupant well-being. 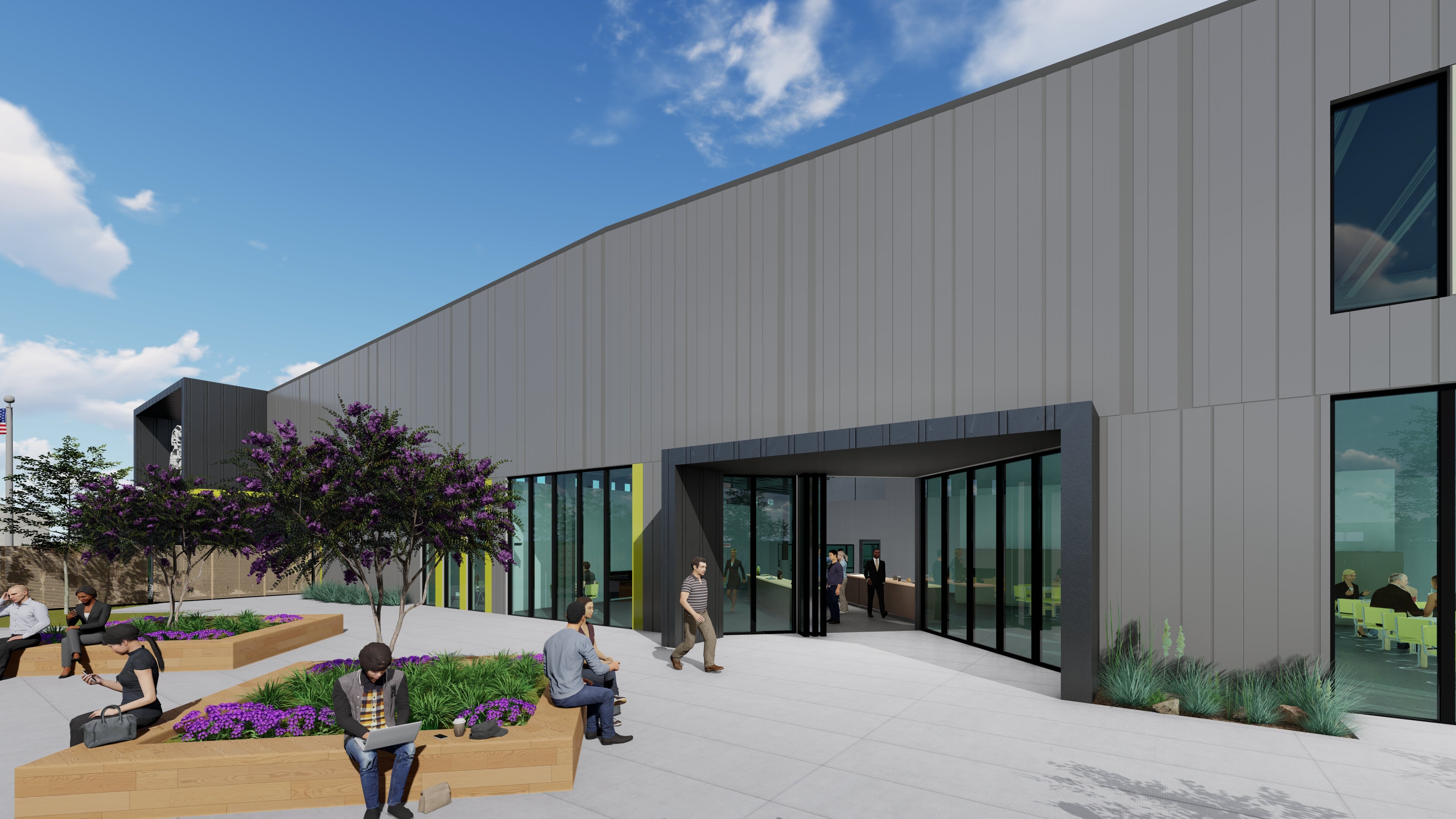 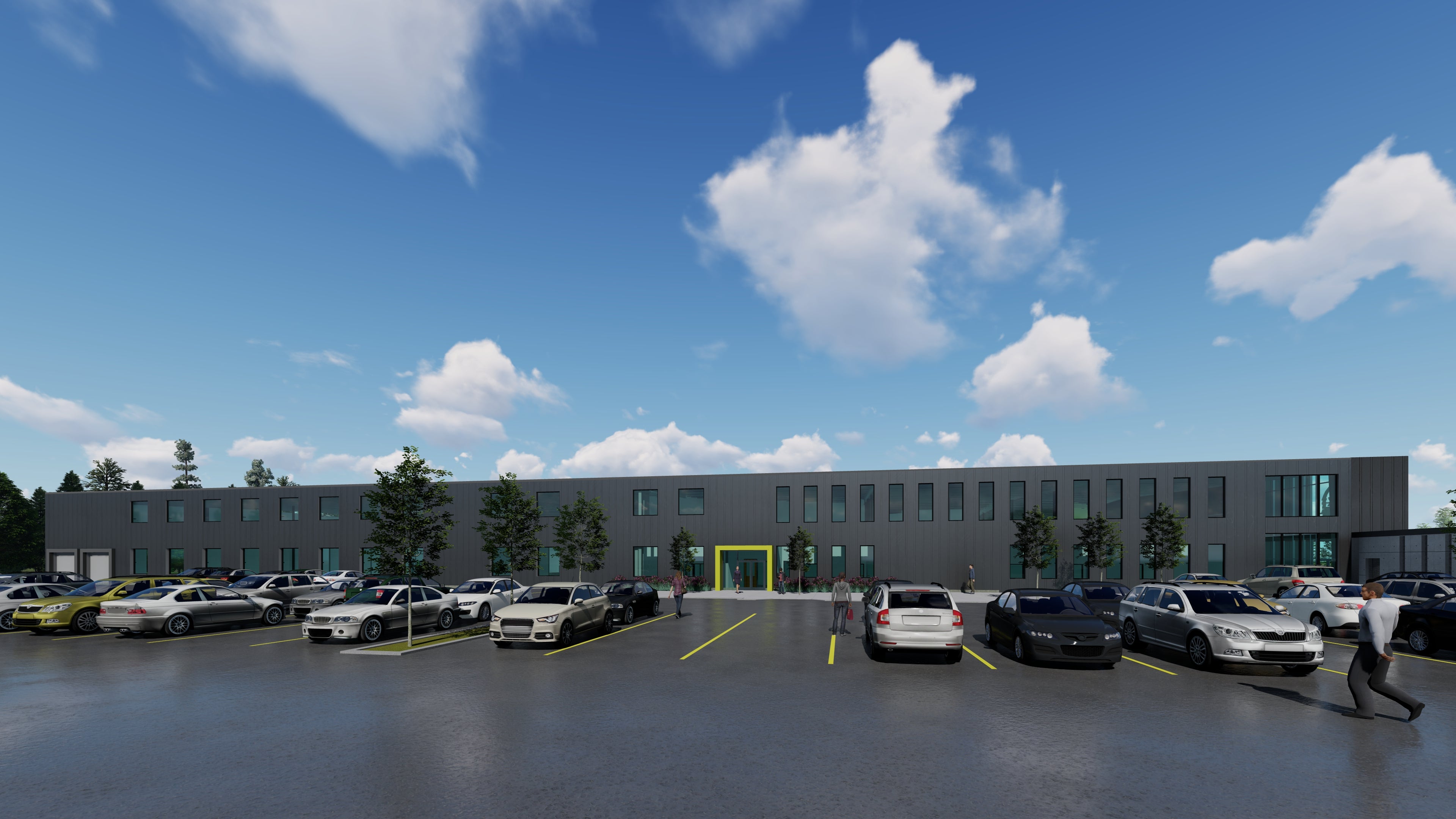 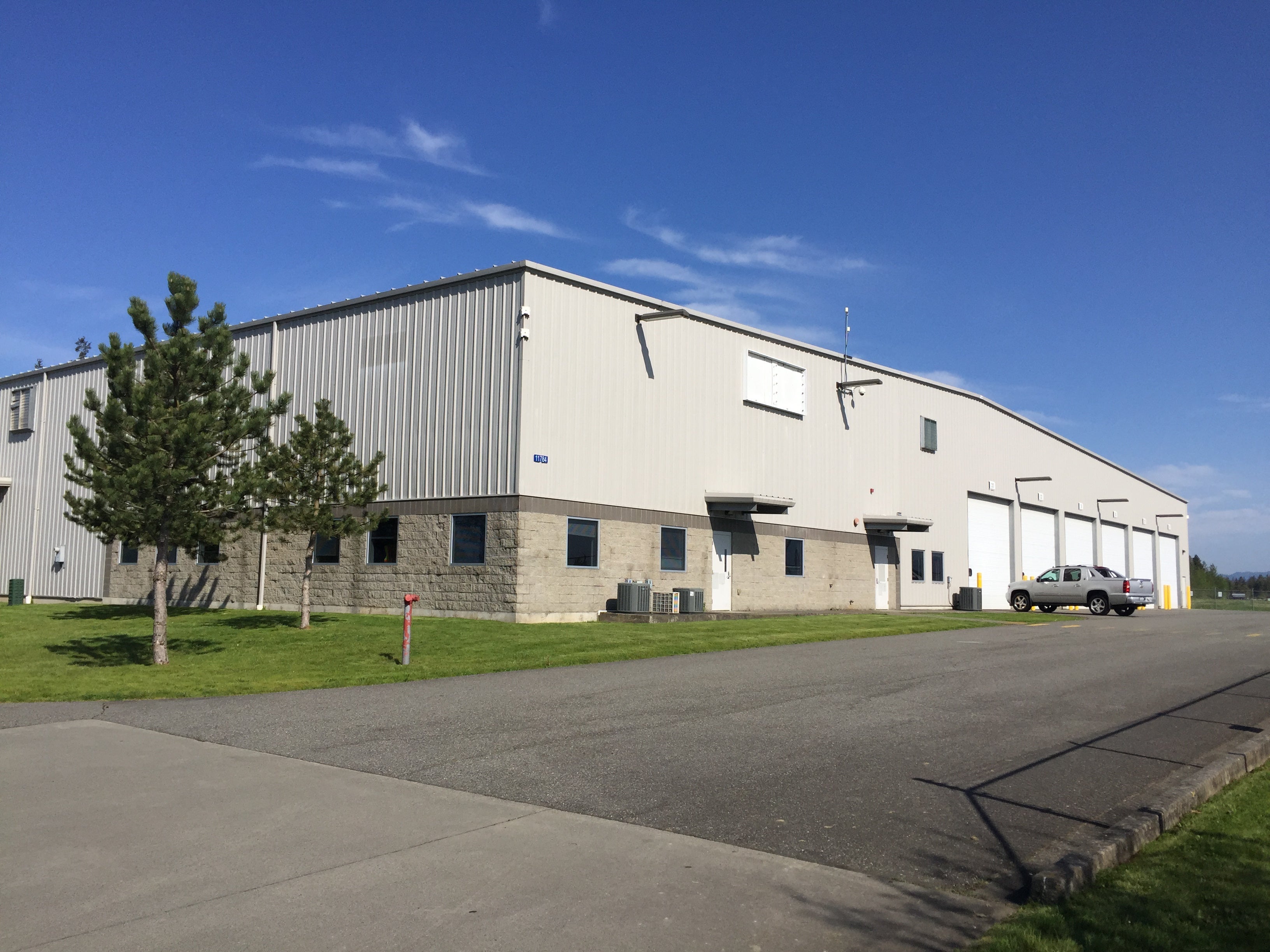 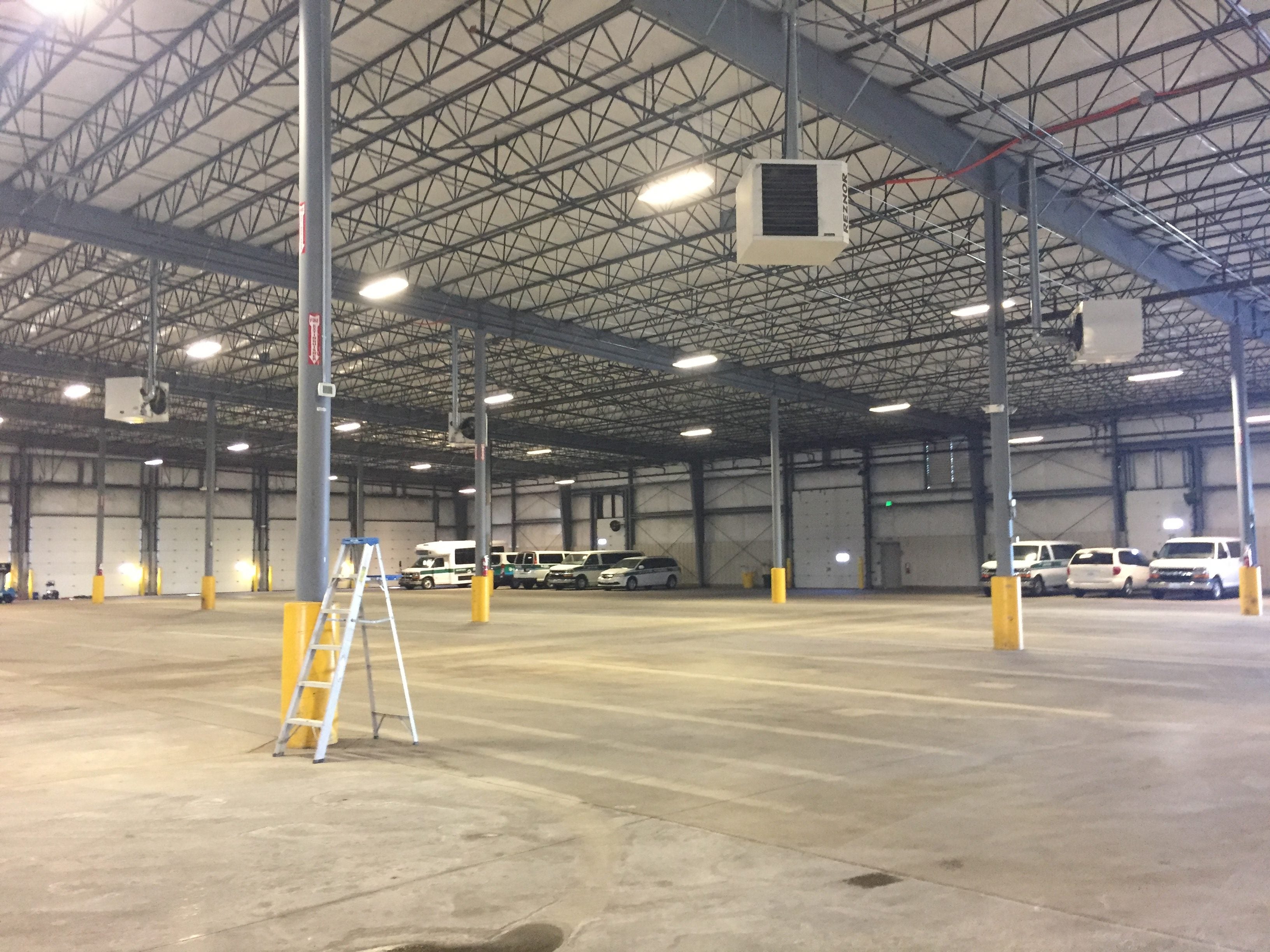